Despite what the weather might say, spring is officially here and along with hints of colour on the landscape and the promise of longer, warmer days on the horizon, a...
Advice For her For him Top lists
Facebook Share
Email

Flirting. It used to be so much fun, right? Once upon a time we could happily flirt in the office, tell a woman she “looked hot”  make some ‘hilarious’ quip like “while you’re down there … ” to a colleague when they pick something up from the floor (cringe). ‘But it was harmless fun, I mean, she smiled about it?’ Thing is, her smile was probably a grimace because she’s uncomfortable, angry and a little bit humilitated by this sort of ladish banter but has learnt to let it go because that’s just how men behave…

Not anymore, thanks to Harvey Weinstein. The allegations, the debate, the millions of  fed- up women who joined the #MeToo campaign. And these women weren’t just talking the physical sexual advances here either, the world realised those ‘harmless’ verbally suggestive quips were also not OK. The world began to point and wag a finger at man and man realised  the ‘fun’ was no longer funny. Making anyone, male or female, feel belittled, uncomfortable or reduced to a sexual plaything is never OK.

Confused over what constitutes harassment, some guys have retreated into their shell rather than risk causing offence and being called out. It’s got confusing. So how do you flirt online or in public places now?

Here, for the flirt-starved male or female, is a list of rules to help navigate the choppy flirting waters post the Weinstein age.

What are your thoughts of flirting post-Weinstein? Tell us @lovestruck

The quest for love never changes but the way people have dated over the years sure does. But has modern day dating technology clashed with our old fashioned dating values...
Advice For her For him Hong Kong London Top lists
Facebook Share
Email

So, just how do you know if someone is for keeps? There are heaps of features out there that aim to reveal the tell-tale signs that he or she is...
Advice For her For him Hong Kong London Top lists
Facebook Share
Email

Are you a commitment phobe? Maybe? Should you take back an ex?

For whatever reason, you split up, got divorced or you are leading separate lives. It hurt, but you moved on. But then something throws you. They get in touch or...
Advice For her For him
Facebook Share
Email Don’t be flat! It is Pancake day today people, so if you feel the love for both dating and pancakes, it’s time to sit up and give a toss as...
Date Ideas For her For him London
Facebook Share
Email 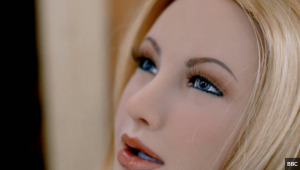 Sex with robots. Do you comply?

Like it or not, the robots are coming and they are here to stay. Take over the world, even. They have slowly crept into our world under the guise of...
For her For him Love & Sex News Opinion Reviews Unusual
Facebook Share
Email 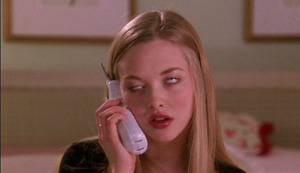 My how times have changed. When did it happen that if you’re single and not online dating, you’re now the weird one? Once seen as something slightly embarassing that you...
Advice For her For him
Facebook Share
Email Today is Thursday which is also the new Friday and better still? It’s Burns Night! Do us Londoners need an excuse to party? Do we ‘eck. We’ll happily help our...
Bars & Pubs Date Ideas London Restaurants
Facebook Share
Email