You might have noticed something appearing on the horizon. Sparkly lights are springing up in town centres.  Your mum is already fretting over whether to use Nigella’s or Jamie’s recipe for bread sauce. Yes, love it or loathe it, the Festive Season is upon us. But don’t panic, there’s no need to get cabin fever when the hoards of relatives descend.  December promises a great selection of new movies, so take a break from the family chaos and whisk your date off to the cinema for some quality couple time.

The Sloth, What Movie This Week’s resident film critic, has perused the upcoming new releases and selected the very best for a great night out, whatever your dating needs… 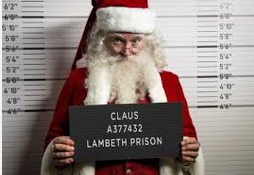 Can’t get enough mince pies / holly / Slade records on repeat? Grab a bucket of turkey flavoured popcorn and jingle all the way to your nearest cinema to Get Santa, who has unfortunately crash landed his sleigh into the garden of a suburban family. Starring Jim Broadbent and Rafe Spall, it’s mooted as a family movie but has enough sly laughs and surreal humour to entertain the big kid in us all.  UK release 5 December 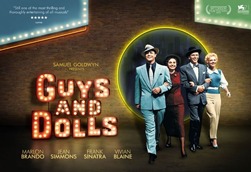 Is there anything more romantic than a classic movie from Hollywood’s Golden Age?  And it doesn’t come much more classic than Guys And Dolls, an Oscar nominated tale of love in Havana, starring Marlon Brando, Frank Sinatra and Jean Simmons. Originally released in 1955, it’s being dusted down and reissued on the big screen in time for the festive season.  Don your best vintage clobber and sing along to a sublime soundtrack that includes ‘Luck Be A Lady’. 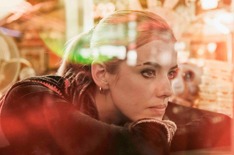 First date went swimmingly and a second is on the cards, but your cinematic ideas began and ended with Interstellar? No problem. Impress your paramour by demonstrating your finger-on-the-pulse knowledge of independent British cinema. Agness Deyn, one time model-du-jour and girl-about-Shoreditch, is rapidly reinventing herself as the new actress-du-jour.  In Electricity she proves she is far more than a pretty face, giving a performance that is nothing short of astonishing as Lily, an epileptic in search of her missing brother. Release date: 12 December 2014 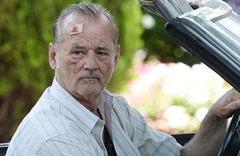 It’s no good, all this seasonal bonhomie is getting your goat. You and your date would rather stick forks in your eyes than be dragged along to Cousin Gwendolyn’s Am Dram ‘reinterpretation’ of the nativity story. Seek curmudgeonly solace in this marvellous comic tale of a grumpy misanthropist who develops an unlikely bond with his young neighbour.  Starring the indomitable Bill Murray (does anyone do a better curmudgeon?) it’s a tinsel-free treat.  UK release 5 December

Planning to see these of any other movies over the festive season? Tell us @lovestruck