So summer is on the horizon, which means festival season is officially upon us! Hurray! Have you decided which festival you’re going to? Or are you still weighing up the best options?

There are more than 300 events across the UK and Ireland every year for us to get muddy, find love or take a partner to and whether you are dating or single, festivals are always a blast.

Here’s the Lovestruck festival mash-up of some of the best fest’s to suit all types this summer – in handy ‘diary date’ order too, cos we’re nice like that. So, why not sit back this bank holiday and pick out your perfect festival partner… 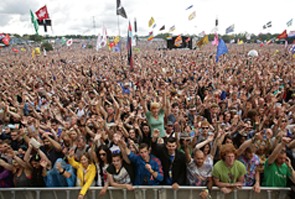 Isle of Wight Festival
When is it? June 11-14
Where is it? Isle of Wight
Who is headlining? Fleetwood Mac, The Prodigy, The Black Keys,
Who else is performing? Blur, Pharrell Williams, James, The Charlatans, Kool & The Gang
Other highlights:  The Intoxicated Tea Rooms for an old-fashioned vintage knees-up and sing-alongs, Hey Joe rock bar and shisha lounge and the Bohemian Woods with magical woodlands, poetry and yoga.
Tickets: Weekend £195

Download Festival
When is it? June 12-14
Where is it? Donington Park, Derby
Who is headlining? Slipknot, Muse, Kiss
Who else is performing? Motley Crue, Slash, Judas Priest, Faith No More, Billy Idol
Other highlights: The Inflatable Church for unofficial wedding, Progress Wrestling, speed dating and Demolition Download – medieval battles with swords and shields.
Tickets: Weekend £215 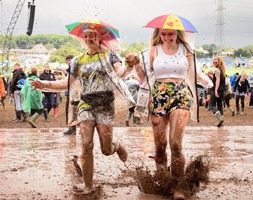 Glastonbury
When is it? June 24-28
Where is it? Worthy Farm, Pilton
Who is headlining? Kanye West, Foo Fighters, Florence & The Machine, Lionel Richie
Who else is performing? Paul Weller, Rudimental, FKA Twigs, Motorhead, Patti Smith
Other highlights: Where to start? There is: The Unfairground, with twisted fairground side shows and sculptural madness; Glasto Latino for all things South American; the Kidz Field with castles, aliens and clowns; the Pilton Palais, the festival’s cinema tent; and the theatre and circus tents just for starters.
Tickets: Weekend £220

T In The Park
When is it? July 10-12
Where is it? Strathallan Castle, Scotland
Who is headlining? Sam Smith, David Guetta, The Prodigy, High Flying Birds, Kasabian, Avicii
Who else is performing? Rudimental, Fatboy Slim, Jessie J, Mark Ronson, Labrinth, St Vincent, The View, Above & Beyond
Other highlights: Fancy Dress Friday, a fairground complete with ferris wheel and pamper stations.
Tickets: Weekend £205 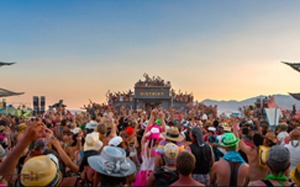 Lovebox
When it is? July 17-18
Where is it? Victoria Park, London
Who is headlining? Snoop Dog, Hot Chip, Rudimental
Who else is performing? Mark Ronson, MK, Jessie Ware, Cypress Hill, Little Dragon, Flume, Annie Mac
Other highlights: A VIP treatment with an extra-special programme of music, entertainment, cocktail bar and gourmet dining.
Tickets: Weekend £95 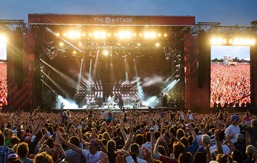 Reading and Leeds Festival
When is it? August 28-30
Where is it? Richfield Avenue, Reading and Bramham Park, Leeds
Who is headlining? Metallica, The Libertines, Mumford & Sons
Who else is playing: The Maccabees, Bring Me The Horizon, Bastille Alt-J, Twin Atlantic, Rebel Sound, Deadmaus, Limp Bizkit, All Time Low
Other highlights: Late night entertainment, funfair, Silent Arena and a cinema tent.
Tickets: Weekend £205

SW4
When it is? 29-30 August
Where is it? Clapham Common, London
Who is headlining? Faithless, Fat Boy Slim, Eric Prydz, Skrillex, Martin Garrix
Who else is performing? Basement Jaxx, Carl Cox, Example, Culture Shock, John Digweed, Dubfire, Eats Everything, Hot Since 82, Kidnap Kid, Luciano
Other highlights: SW4 is all about the music but you can expect exclusive DJ sets and enough top dance music to last you until next year.
Tickets: Weekend £110; Day £65 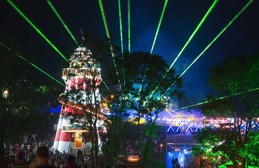 Bestival
When it is? September 10-13
Where is it? Robin Hill Country Park, Isle of Wight
Who is headlining? The Chemical Brothers, Underworld, Duran Duran
Who else is performing? Tame Impala, The Jacksons, Rudimental, Skrillex, Mark Ronson, Jungle, Jurassic 5, Little Dragon, Annie Mac
Other highlights: 24-hour free haircuts, adventure activities, Blind Date, Films in the Forest and Wrong Pong.
Tickets: Weekend £195

So who’s getting the ‘Fest-love’ on then?  Tell us @lovestruck