Ever been laughed into bed? Let’s face it: everyone loves a partner who can make him or her laugh. According to psychologists humour is one of the clearest marks of successful social interaction and if you’re both laughing on a date, it must be a pretty good sign. Is having a good sense of humour a dating deal-breaker for you? And just how important is it that we share a similar sense of humour with a prospective partner?

According to scientists looking at the evolutionary basis of humour, people with a good sense of humour are very desirable to be around at social gatherings and especially as a partner. There is a marked difference between the sexes and women are genetically hard-wired to find humour more important than men because they are looking for intelligence as intelligent people are more likely to gain resources and success in life (and in the days of old, this meant they were good hunter/gatherer types). Intelligence can manifest itself in many ways but having a good sense of humour is one of them because it’s a largely interpersonal activity requiring emotional and social intelligence. One theory suggests that this type of ability, along with other human capacities such as language, art and music are attractive because they are indicators of intelligence, which are hard to fake. 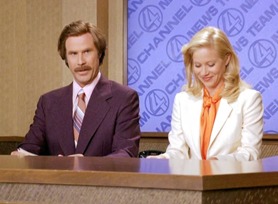 Humour is always listed as one of the top three things women are looking for in a partner. According to psychologist Richard Wiseman’s book Quirkology women want a man that will make them laugh, while men want a woman who laughs at their humour. One year-long study revealed that that women are more receptive to humour from men and smile and laugh more during conversations. It showed that men tell 60 per cent of all jokes, 71 per cent of women laugh when a man tells a joke, while only 39 per cent of men laugh when a woman tells a joke.

Types of humour best for dating

So you’re dating someone, or on a first date and want to make the other person giggle? What are the best types of humour when you’re trying to woo someone? One study followed a group of students, who reported how they used humour with their partners and how happy they felt in their relationships. The results showed that those couples who used positive humour a lot, such as telling jokes and sharing anecdotes, positively predicted relationship satisfaction. Interestingly, where humour was used to have a laugh at others’ expense or making fun of him or herself, the less satisfied they were seen to be and more likely to was that that romance was going to fail. In conclusion: the more innocent fun you have, the more likely the romance is to last.

The study also showed that positive humour boosts relationships – and perhaps it is of equal importance to share the same types of humour. Stuck for a first date idea? Head to the nearest comedy club and enjoy a laugh without any difficult silences. Then if you laugh in the same places, you can take that as a very good sign! 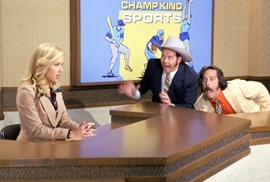 An insight into someone’s personality

It definitely makes sense that humour can give a real insight into someone’s personality. Australian psychologist Susan Nicholson argues that dry humour indicates an introvert, while a self-deprecating humour indicates either low self-esteem, or real confidence, while someone who has the ability to reel off lots of jokes indicates a great memory and qualities of a natural entertainer.

So click on any dating profile and have a think about the sort of humour they are conveying and what it might say about them. Do they joke at other people’s expense? Perhaps avoid. Are they into fart jokes and toilet humour? Unless you think Hanky the Christmas Poo was the best cartoon character ever invented, we’re thinking they might not have grown up yet and you might want to skip over it. Are their cultural references to films and music that you totally get, or don’t at all? All these things might provide a vital clue to whether the person will be a good match for you.

Can you be happy with someone who isn’t funny?

Some people would argue that you definitely couldn’t be with someone who isn’t funny or doesn’t share your humour and that the chances of long-lasting relationship success are nil. However, arguing the flip side of the coin – if you have lots of fun when you’re together, enjoy each other’s company and have lots of other things in common, then perhaps it isn’t so important? Surely you both don’t have to be comedians to have a relationship on solid ground. If you communicate well, are committed, able to resolve conflict and can relate physically, then perhaps laughing at each other’s jokes doesn’t rank so highly.