Spring has officially sprung and we can wave goodbye to dry January and boring February and the cold/lack of social fun/general ‘meh’ that has been doing the rounds. If you need some date inspiration, look no further because here are some of the top events happening soon, which would double as perfect date choices: 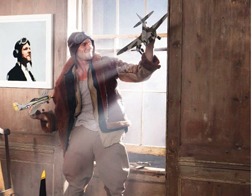 What? Fancy yourself as a bit of an art collector? Now here is your change to grab a bargain or two. Over 100 galleries exhibit a huge array of affordable art and this event has become a well-loved institution on London’s art scene. A fun day out, you can browse or buy and there are artist-led workshops, informal talks and tours and exhibition by new artists. 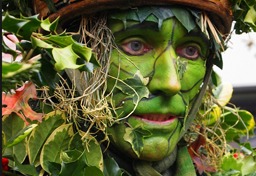 What? What does the future really hold for us? This flagship weekend sees a jam-packed event including immersive experiences, compelling performances and radical speakers to excite and challenge our perceptions of the future. There are talks by fashion designer Vivienne Westwood, author Jon Ronson and Baroness Helena Kennedy QC, among others. We can promise the conversation will be flowing afterwards. 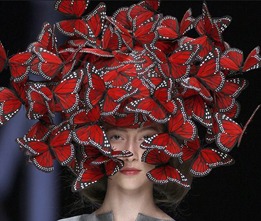 What? Following its success in New York, this show will feature more than 100 designs from fashion’s enfant terrible, Alexander McQueen. This will be the first and largest retrospective of McQueen’s work to be presented in Europe and will span his visionary body of work, from his 1992 MA graduate collection through to his unfinished A/W 2010 collection. This promises to be one of London 2015’s must-see shows. 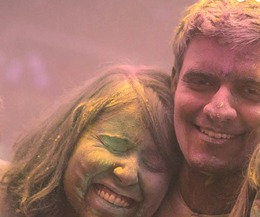 What? Celebrate the Hindu tradition of Holi with a party packed with colour, food and fun. You can expect an afternoon of storytelling and music, which culminates in a whole room throwing brightly coloured paints at each other. Indian soft drinks Thums Up and Limca will be served on your arrival and food will be provided by street food stalls, including Pizza Pilgrims and Lily Vanilli. 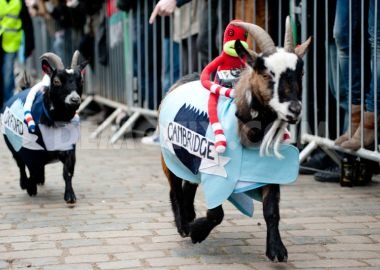 The Oxford and Cambridge Goat Race

What? Yeah you read that right! If you’re looking for an alternative to the Oxford and Cambridge Boat Race, check out the goat version, where two goats are dressed up as the rival towns and set loose to trot their way to the finish line, cheered on by the crowds. Previous years have also featured a goat tea party, a ‘goatry slam’ (which produced a reworking of Fleetwood mac’s classic ‘Goat Your Own Way’ and vegetable sculpting. What’s not to love?

Will you be checking any of these or other fab Spring events out with your date?