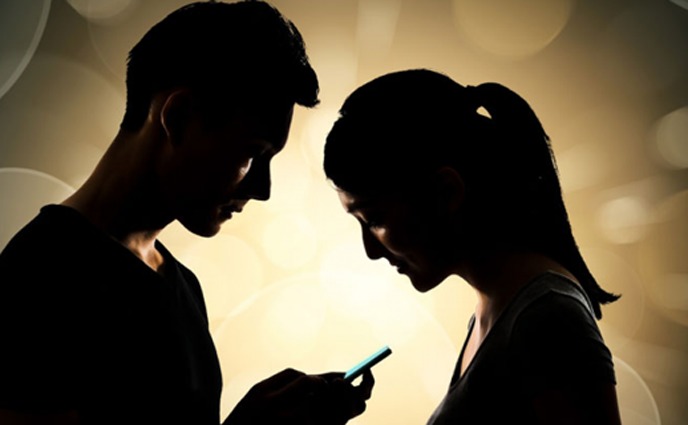 Imagine. You’ve shared sexual chemistry with a date, are about to take things to ‘fourth base’ when he pulls out…his smartphone and asks you to say ‘yes’ into it. Would you consent?

We’re talking about the newly launched app called WeConsent which you may have already heard of. It’s aimed at singles, daters and regular ‘maters’ and is designed to prove both parties are consenting to sex.

The WeConsent app will record a 20 second video clip of you and your potential ‘bed-buddy’ giving your full names and verbal confirmation that you agree to have sex in…about 20 seconds. Facial recognition technology also capture images of the users and it could be coming to a date near you…

Designed by American businessman Michael Lissack, WeConsent should probably really be named SheConsents because it’s actually created to protect men against false allegations of rape from women. Yep, all via a simple app that you can download to your smartphone for £3.20. It’s very unlikely women will be downloading this app as they’ll rightly presume that if they don’t wish to have sex, the men won’t push the issue….?

But what’s wrong with protecting guys against a woman who may suddenly decide after the event that she hadn’t consented after all? This app will only protect guys, right? Surely that’s a good thing? Let’s throw a few curveballs….

Here’s the thing. False allegation of rape only account for 1-3 per cent of those reported. ‘Freezing’ 20 seconds of time on an app doesn’t record what happens before or after the actually video clip.

It also fails to take into account that a woman can still change her mind after the recording – hell, maybe the passion-killing process of having to speak into a phone while she’s half-dressed might give her time to realise she’s doesn’t want to take things any further. Most men would understand this change of heart…but some men might not. Thing is, 10 minutes ago the app has recorded the woman saying ‘yes.’  Where would she stand then?

And we hate to point out the rare nasty negatives but where does a woman stand if she said ‘yes’ whilst heavily under the influence of drink? Worse still….what if she’s been drugged?

That aside, its not exactly sexy is it? Would you be imagining the ‘yes’s’ of all the women gone before you? Not to mention that one unromantic passion-killer.

Enjoy this blog? You may also like: So You Had Sex On A First Date…