While some of us may be forgiven for thinking we already had (he was called Simon, worked in accounts) we’re talking about the very real prediction from experts that having intimate relations with a robot could be a reality within the next fifty years.

In a piece for the Huffington Post, Dr Helen Driscoll, Senior Lecturer at the University of Sunderland, stated that advances in artificial intelligence could actually create robots that are realistic enough to fall in love with. We’re not talking the killing machines of Terminator Genisys sort here, more the synth-like robots that featured in Channel 4’s popular thriller ‘Humans.’ The quietly compliant sort that panders to our every whim, tells us we’re amazing, enjoys posing for selfies whilst serving us dinner and ‘liking’ our every move on Facebook. Oh hang on, that doesn’t sound half bad. Come on. Seriously?

OK. We also did a little laugh through our real fleshy human nose, but just think, fifty years ago people may also have scoffed at the idea that one day we’d all be enjoying an intense love affair with computers, smartphones and tablets where we’d conduct personal and intimate friendships and relationships via social media and the world wide web. But how fast that all became the norm. Lose your phone or laptop and watch us go into malfunctioning meltdown. We’re already completely run by machines and we don’t even notice. 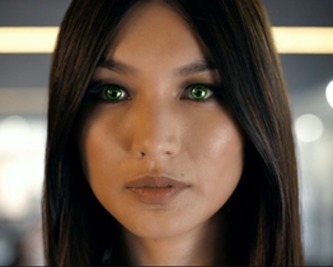 But we’re social creatures by habit (that’s why online dating is so fabulous, obviously) but living ‘virtually’ as many do has led to isolation and insecurity which, it is thought, will actually lead people to choose non-human forms for imperfect sexual encounters free from judgement. Sex mannequins already exist and a recent study in Japan revealed that half of young adults now avoid real sexual contact and intimacy preferring to communicate feelings and emotions in the virtually world. Sad but true.

There are benefits some would day to having ‘sexually active’ robots with therapists stating they’d make excellent ‘sexual surrogates’ for those who suffer sexual problems or trauma. And those who live alone may also prefer the company of a robotic companion to none at all.  Where is the harm in that? But here’s where we have to be careful warns Dr Driscoll, ‘some will see sex with a robot as the same as sex with a human.’ That can never be. Lack of real emotional and physical contact could also lead to mental health problems and end up making people feel even more alone and isolated.

But in the long-term, technology could overcome such problems. Dr Dricolli concludes, ‘When eventually there are intelligent robots indistinguishable from humans – apart from their lack of bad habits, imperfections and need for investment – not only are we likely to choose them over ‘real’ humans but psychologically we will not suffer if we are not able to tell the difference.’

All sound a bit creepy to you? We’re not convinced technology will ever be able to create a robot that is capable of feeling true love like a human…but we’re ready to add a ‘robot’ or ‘human’ button on our profile pages.

Would you date one?

Tell us at the very real @Lovestruck.com

Enjoy this blog? You may also like:  Would You Say Yes To WeConsent?