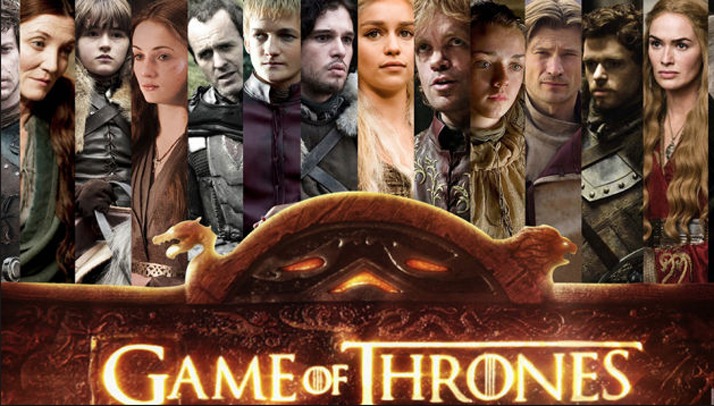 Well polish that Iron Throne, it’s back. Yes, Game of Thrones lovers can once again enjoy their Monday night fix as season five returns to our screens. Suffice to say, it’s not for the faint-hearted as we expect to see the usual plethora of unexpected plot-twists, violent dynastic battles, nudity and ‘OMG that was gross’ scenes.

We’ve all grown fond of our favourite characters but we’ve quickly learnt not to get too attached as many meet their unexpected and often gruesome fate – we can’t quite forgive George R. R. Martin for killing Khal Drogo, frankly. So here at Lovestruck Landing, we thought we’d play our very own Game of Thrones and decide the fate of a few characters, past and present, ruthlessly based on datability: Date or hate. Playing…? 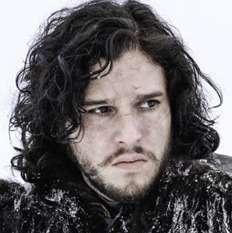 Jon Snow – bastard son of Lord Eddard Stark of Winterfell.
Datability pros: Handsome and rugged, he’s both tough and fair when he needs to be and has shown his vulnerable side with Wildling Ygritte, when it comes to love.
Cons: “You know nothing Jon Snow” was a phrase Ygritte often used at every opportunity and she wasn’t wrong. Jon Snow doesn’t say, do or know much it seems. He’s rather drippy if truth be told but some may say brooding and in better climes, he may thrive and even stretch to a smile.
Don’t say: ‘You know everything Jon Snow.’ It’s a lie. Frankly.
Verdict: Date, but on the proviso he cheers up. Like, a lot.

Joffrey Baratheon – bastard son of his incestuous mother Cersei and her brother, his uncle, Ser Jaime Lannister. Joffrey was once vicious King on the Iron Throne at King’s Landing… before being poisoned on his wedding day. Ah, shame.
Datability pros: None.
Cons: You name it.
Don’t say: ‘You know, I think you’re just misunderstood….’
Verdict: If he hadn’t choked to death, we’d probably be plotting his gruesome ending ourselves. Hate. 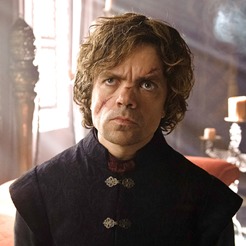 Tyrion Lannister – youngest son of Lord Tywin Lannister, a quick thinking character who uses his wit to overcome prejudice and danger.
Datability pros: Tyrion is master or charm, wit, wisdom and humour. He’d make a great date, shows compassion and understanding and would advise you well on life’s troubles while generally make you see the funny side of a grim life.
Cons: Likes a drink, the (er hum) occasional whoring and has hang-ups about his Father rejecting him for being a dwarf and killing his mother in childbirth.
Don’t say: “Are you going to stand or stay sitting for our date…oh god sorry…”
Verdict: Date. We love him.

Daenerys Targaryen – only surviving child of King Aerys II Targareyn, ousted from the Iron Throne. Sold into marriage to Khal Drogo.
Datability pros: She’s Mother of Dragons which let’s face it, doesn’t often feature  on a dating profile. Very pretty, fair, kind when needed, she has excellent career potential. Oh, she has her own army, and three dragons.
Cons: Expect to be charcoal if you get too close to her flame-breathing pets.
Don’t say: ‘What’s wrong with a bit of slavery…?’
Verdict: If you can get past her army, dragons and white hair, definitely date. 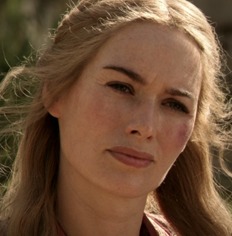 Cersei Lannister – widow of King Robert Baratheon of whom she falsely claimed was legitimate father to Joffrey. Liar, liar….
Datability pros: Killer cheekbones…Royal blood, shows signs of possessing a soft side at times, has a nice dwelling pad, sea views.
Cons: Loves her brother, in ‘that’ way. Scheming, ruthless, hard-hearted, would happily see her other brother, Tyrion, die so you may feel you were treading on egg shells…
Don’t say: “So, heard you like to keep it on the family..”
Verdict: Date if you like a challenge. And living on a knife’s edge. Literally.

Ser Jaime Lannister – twin brother of Queen Cersei Lannister, Joffrey was his son as a result of his incestuous relationship with his sister.
Datability pros: Handsome, charming, good sense of humour. Royal blood, showed compassion to brother Tyrion and has become kinder and less self-centred over the seasons, despite pushing a little boy out of a window in episode one.
Cons: Loves his sister…in the wrong way. Has the use of just one hand after the other was chopped off. Wears a large rather unsightly metal one instead.
Don’t say: “Need a hand with that?”
Verdict: Date if you can keep him far away from Cersei. 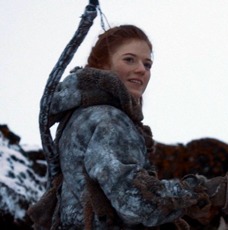 YGritte – wildling woman of the ‘Free Folk’ who lives north of the wall. Fell for Jon Snow but still put 3 arrows in him. Ok, so they weren’t fatal.
Datability pros: A feisty, pretty red head, she’d happily down pints with your mates, loves the outdoors, would shun anything girlie, would hate typically romantic gestures. Low maintenance, awesome archer should you ever go hungry….
Cons: She’s a little feral and enjoys being a ‘free woman.’ Mess with her and you’d likely to become a human colander. She’s sure to aim for your heart and not miss.
Don’t say: ‘Bet you can’t hit me from there…’
Verdict: Date if you like dating ‘one of your mates’ but ask her to commit? You may be banging your head against ‘that’ wall.

Sandor Clegane ‘The Hound’ – One time personal bodyguard to Joffrey Baratheon. Named The Hound for his unquestioning obedience to his Masters
Datability pros: He’d defend you in a fight. Looks a little scary with a large facial scar gained as result of his brother holding his face in a fire (Nice) Brutal but not without compassion and his very dry wit could be amusing.
Cons: Swears a lot, not much of a conservationist, wouldn’t be sympathetic to your needs but might obey orders.
Don’t say: ‘Shall we light some candles…?’
Verdict: If you like a mean and really moody date, he’s all yours. 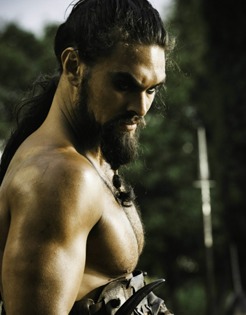 Khal Drogo – Once powerful warlord, feared warrior and husband to Daenerys. Murdered by a spell that left him in a vegetative state. No, we’ve no idea why we chose to end our game with Khal…
Datability pros: Erm, purely physical.
Cons: Doesn’t talk much but who needs conversation…
Don’t say: Wouldn’t matter, he wouldn’t understand. Just body language would be required.
Verdict: Eye-candy date. He’d need some serious smelling salts or a magical resurrection first of course, but we live in hope…

Are you a Game of Thrones lover? Which character would you like to date?