Hooray for Easter! Four days off work and best of all….four days of chocolate egg-filled heaven.

Anyone feeling guilty about wanting to stuff their face all bank holiday?  Stop right now. In perfect time for all those Easter eggs, a new study has shown the men’s preferences for curvy women is rooted in prehistoric influences.

The study from the University of Texas and published in Evolution and Human Behaviour asked around 100 men to rank the attractiveness of different pictures of various woman and the women with a “theoretically optimal angle of lumbar curvature,” a 45.5 degree curve from back to buttocks, were considered most attractive. In simple terms, this means women with a nice pronounced bottom (think Kim Kardashian but not quite so..extreme).

Researchers have theorised that, in ancient times, this showed which women would be able to have successful pregnancies.

“This adds to a growing body of evidence that beauty is not entirely arbitrary, or ‘in the eyes of the beholder’ as many in mainstream social science believed, but rather has a coherent adaptive logic,” said the study’s co-author Dr. David Buss, a University of Texas Austin psychology professor.

The research consisted on two studies: The first looking at the curvature in women’s lower backs, with curvier women coming up top because they would be able to balance their weight over their hips, carry out multiple pregnancies and be able to better provide for their children.

The second study addressed the question of whether men prefer this angle because it reflected a larger bottom, or whether it really can be attributed to the angle in the spine itself.

Around 200 men were presented with groups of images of women with differing bum size, but maintaining a 45.5-degree curve. Men consistently preferred women whose spinal curvature was closer to optimum regardless of bottom size, according to the study’s findings.

The researchers concluded that this preference evolved over thousands of years, and it won’t disappear over night.

No butts,  curves rule OK! Hurray – pass us the Mini, nah, that really big egg…! Thanks!

What do you think of this study?  Finish that chocolate and tell us @lovestruck 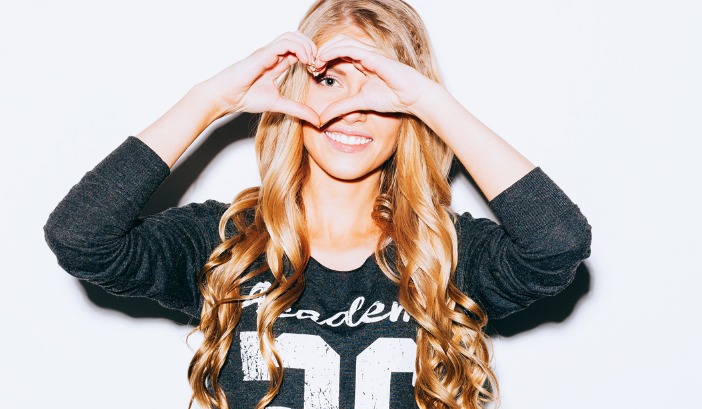