Most of us have been there at least once… those awful raw break-up emotions, where you are sobbing, angry, can’t sleep, can’t eat or can’t stop eating or all of the above. The good news is that according to a new study, it takes just 11 weeks to get over a break-up. So if you are in the midst of the break-up blues, you can take comfort in the fact that these feelings definitely don’t last forever.

The study published in the US magazine, The Journal of Positive Psychology said that after just 11 weeks, most people are able to bounce back after relationship split. This goes against previous research that says it could take up to six months to move on.
Researchers Gary Lewandowski and Nicole Bizzoco questioned 155 people who had been involved in a split in the past six months, and found that people started to feel better and develop what they called “strong coping strategies” and that 71 per cent began to see the positives of the split in that time.

For the study, researchers gave participants a series of statements that they could agree or disagree with. Three months after the breakup, the majority agreed with positive statements such as, “I have learned a lot about myself” and “I have grown as a person.” These statements applied when they had initiated the break-up or whether they had been dumped. 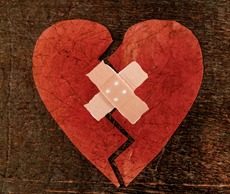 However, this research might only apply to short-term relationships and not long-term ones, especially marriages and subsequent divorces. A different study in 2013, which was published in the Wall Street Journal said that you should give yourself two years to get over divorce.

The bottom line is that it takes time to get over someone, so don’t stress out if you are not feeling loads better in the allotted time-frame. Just know that time is a healer and you will feel better!

What do you make of this study? Is three months a good indicator of when you start to feel better about a break-up? Tell us @lovestruck