With the annual moustache-growing month of Movember here, we thought we should take a look at the merits and drawbacks of facial hair. Let’s face it no girl wants to go out with a guy who looks like the love child of Hulk Hogan and Chewbacca but it seems that a bit of 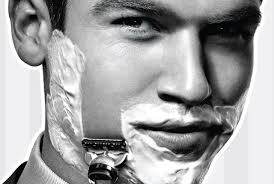 stubble (think Brad Pitt or George Clooney) is definitely the order of the day.

So guys if you’re packing away your razors and questioning whether to grow a handlebar or pencil, freestyle or fu Manchu in the name of charity, then you may want to read on if you are in the middle of some serious dating.

A survey earlier this year by researchers in Australia found that women prefer men with heavy stubble over clean-shaven men and those with full-on beards or light stubble. The research showed photos of 10 smiling men to 351 women, either clean-shaven, with five days growth (light stubble), 10 days growth (heavy stubble), or a full-on beard. The women they ranked them in attractiveness – and the study leaders found that heavy stubble was the clear favourite.

The researchers said: “Our findings confirm that beardedness affects judgments of male socio-sexual attributes and suggest that an intermediate level of beardedness is most attractive, while full-bearded men may be perceived as better fathers who could protect and invest in offspring.”

And last year another survey by brand My Celebrity Fashion.co.uk revealed that women think facial hair makes their men look “sexy” and “mature” even though they admitted to hating the look at the beginning. According to the pool of 1236 women, a quarter were begging their partners not to get rid of the facial fluff come December when the campaign ends.

“The moustache is also the symbol of a modern gentleman – a man who is health conscious, socially aware and prepared to put himself out there,” said Hywel Mills from Movember, the charity behind the campaign to promote awareness of prostate and testicular cancer.

Guys, are you going for it this Movember? Tell us @lovestruck