Awards season is finally over. 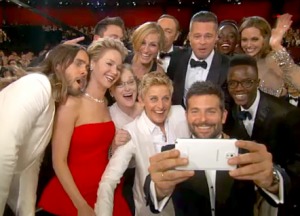 But that doesn’t mean cinema has been put on hold, oh no. Those films just keep coming  – which is fortunate because a night at the movies is one of the easiest date solutions out there.

And even better. The Sloth, resident furry film expert of whatmoviesthisweek
is here to guide you Lovestruckers through the best of the current cinema and home entertainment releases.

Taking her
A GSOH always ranks as one of the top characteristics women look for in a partner. Show off yours by taking her to King Of Quirk Wes Anderson’s latest offering, The Grand Budapest Hotel. Featuring Ralph Fiennes as a concierge who took care of his lady patrons a little too well, it’s arty enough to be movie-buff credible, surreal enough to be properly funny and features a selection of quality comedy ‘taches.

And everyone loves a comedy ‘tache. 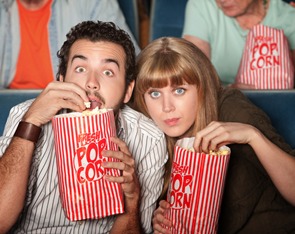 Any boy worth his salt likes a good popcorn action movie and it doesn’t get more popcorn than Non-Stop. Liam Neeson continues his late career action-hero renaissance as an Air Marshall faced with an unknown killer methodically picking off passengers onboard his flight. Think Die Hard meets Agatha Christie. It’s utterly preposterous of course, but since when did piddling things like realism get in the way of a good time?

Choosing for her
The late, much missed James Gandolfini gave one of his last performances opposite the fabulous Julia Louis-Dreyfus in Enough Said. If the two words ‘romantic’ and ‘comedy’ together normally bring you out in hives, fear not. No sappiness here, this is romance for grown ups, it’s witty, intelligent and warm with James showing his less explored cuddly side (and there was a lot of him to cuddle).

Choosing for him
Inexplicably overlooked at the Oscars Rush, out now on DVD and rental, is a fantastic, er, rush from start to finish. Dramatising the real life sporting rivalry between 1970’s Formula 1 legends caddish James Hunt and pernickety Niki Lauda, don’t think its appeal is limited to petrolheads. As much a human drama, it perfectly captures the thrills, spills, glamour and danger of the era.

So there you have it – get the back row booked pronto.

Tell The Sloth what you watched @slothmovienews