Remember, remember the fifth of November? Yup we certainly do and millions of us are set to celebrate Bonfire night and Guy Fawkes (or Guido Fawkes as he preferred to be named) this Saturday. But…why? ‘I tried to blow up Parliament once’ isn’t a confession you’d be attracted to listed under the ‘hobbies’ section in a dating profile, we’re guessing. 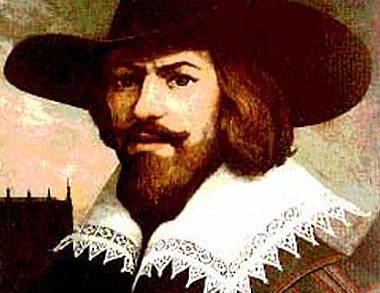 While some of us might quietly respect anyone willing to stick two fingers up to the establishment, others happily celebrate the fact his plot failed. But as we all stare into the flames and watch another hideous, stuffed Guy Fawkes burn, our feelings of intrigue are reignited and we can’t help but wonder what Guy Fawkes was really like. And what sort of date would he have made?

1. Bad guy: It takes some balls to decide you want to blow up Parliament but add a little narcissism and psychopathy to the mix and your plans for a nice quiet date are blown out of the window.  You wouldn’t be bored, he’d probably be dynamite in bed but expect an explosive temper with long stretches of brooding contemplation.

2. He might be married: There are rumours he married some Maria Pulleyn in 1590 but there are no parish records to prove this. Knowing Guy’s talent for secrets and conspiracy though, this doesn’t mean it never happened so if you find Maria in his phone contacts, dump him.

3. You better be religious: Catholic in fact. Guy’s conversion to Catholicism was quite a big deal back when Church of England ruled. Brave, arrogant or deluded?

5. He was well travelled:  Guy would have a few good stories to tell as he enlisted in the Spanish army in Holland and is also where he decided to call himself Guido. We think it was a plan to attractive more women to his profile…

6. You’d be second best: Expect to play second fiddle to his ambitions and all night meetings with his mates. Love and settling down isn’t on his list of priorities right now so you’ll be dumped without warning when it suited him.

7. You pick the date venue: Because Guy would always choose dates at SW1A. And no matter how hot you looked, he would never look at you as passionately as he did Westminster, Parliament.

8. He’ll ghost you: Still wanna date him? OK, you better book a date before 5th November 1605 because after months of messing you about, his big plan was foiled and he won’t be returning your calls…

So was Guy Fawkes just a conventional bad guy date? He was confident, as only confident people pursue their beliefs with such persistence. He was adventurous – he was a soldier, he travelled a lot, he was masculine,  tough (it took two days of tortures to finally make him speak and confess to the Gunpowder Plot) But he was unpredictable – even in his death. Being convicted and sentenced to a gruesome end, he choose to put an end to his own life.

So he’s still a bit of a celeb and intriguing guys can be attractive but we conclude he was a troubled soul and that we’d rather date the fake Guy the kids make – straw, old clothes, stuffed tights and all.

What are your thoughts? Penny for them? 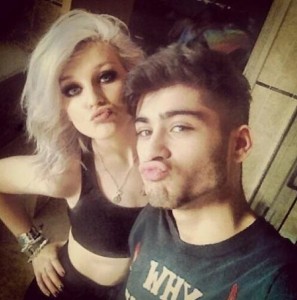