Planning an upcoming date, Lovestruckers? Remember: location, location, location. If the conversation is dire but you’re sitting next to a crumbling brick wall sipping cocktails out of jam jars then everything will be okay… This is, of course, not true. 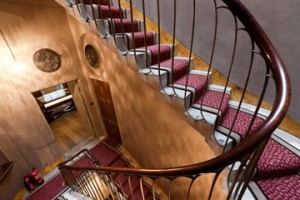 To avoid tumbleweed moments it’s a good idea to suggest an actual activity, maybe not an aggressively competitive game of paintball, but an activity nonetheless.

SO WHAT SHOULD WE DO?

Go house hunting, after a fashion. Open House London rolls venue and activity into one neat little date, whilst simultaneously allowing you to show off your knowledge of London’s architectural past. Nothing says family-man like an interest in stucco and stud walls.

Open House London is an Open-City organised event aimed at acquainting Londoners with the great architecture tucked away amongst the city’s not-so-great architecture. This year over 830 buildings are opening their doors to the un-paying public (almost every building is free to visit).

Deciding which of the 830-plus venues to visit is the hard bit. We recommend Sir John Soane’s Museum, No. 14 Lincoln Inn’s Fields (Holborn underground). The 189-year-old building houses Sir John Soane’s collection of William Hogarth’s satirical drawings and paintings and some weird busts. But it’s the MC Escher-worthy architecture of the house that you should point out. Or, if this sounds a little stuffy for your liking, head to Westbourne Park tube to see the Erno Goldfinger-designed Trellick Tower.

Note that the bond-villain of the same name is indeed named after the architect (who famously resented the association). Just try not to call it a concrete-monstrosity, go for ‘a classic example of brutalist architecture’ instead. 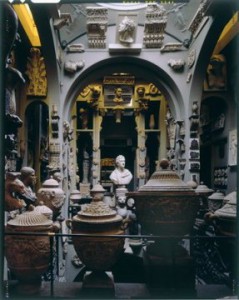 The event falls over the weekend of the 21-22 September, but some buildings are only open on one of the two days so check before you head out. There’s nothing more annoying than having multiple doors slammed in your face. Just ask Mary and Joseph.

Either handily or frustratingly, there are houses, libraries and studios, etc. in almost every corner of London. We suggest downloading the app which lets you search venues on a map or scroll through the listings by borough. There’s even a ‘Buildings near me’ feature for the unimaginative at heart.

WHAT ELSE IS NEARBY?

If you take our advice and head to Lincoln’s Inn Fields then you’ll be very close to Covent Garden and the New York import, Balthazar. This place is Café Rouge for cultural and gastronomic snobs, which is great because secretly everyone still loves that now-passé chain of ‘French’ bistros.

If you opted for Goldfinger’s Trellick Tower (and you’ve finished counting all of its 31 floors and 332ft) then suggest Pizza East. Don’t worry, this is the west London branch of the east London classic, located a stone’s throw away in chi-chi Portobello Road.

DON’T SAY ‘So I didn’t want to pay for the app, which means I’m not entirely sure what’s on. But let’s just wing it.’

DO ASK ‘Are you allergic to household dust?’