Fancy a night of getting cosy with a new date, sharing a toffee apple and making lots of “oohing” and “aahing” noises? Yes, Fireworks night is back with a bang. There are loads of fab events on in the capital this year. Here are some of the top choices: 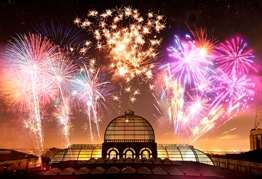 This is the 150th annual display at Crystal Palace Park, with two shows – one at 7pm with pretty colours and less bangs and then the main show. There is no funfair this year but you can expect plenty of food and drink on offer.

There will be two themed performances – ‘The Wonderful Music of Disney’ at 6.45pm (more suitable for families) and then ‘Through the Decades.’ There will also be a funfair  and stalls. 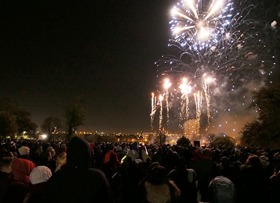 Get ready for whizzes, fizzles and bangs with fireworks, which attracted a huge 33,000 people last year. Expect a family funfair and food and drinks stalls serving up a selection of autumnal treats. 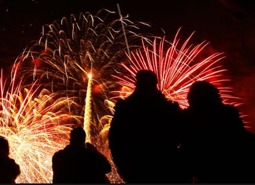 Last year Hackney hosted their first fireworks display in over a decade. Once again, the display is synchronised to music. Last year’s guests were entertained by illuminated stilt walkers, fire performances, an aerialist performing on an 11-metre high installation, alongside food and drinks, so expect more of the same.

The theme of this year’s fireworks is “A Royal Night Out” to celebrate our longest reigning monarch. There are of course, great fireworks set to music, a bar and food stalls. Tickets must be bought in advance, so if you’re in the neighbourhood (or your date is), then getting booking! 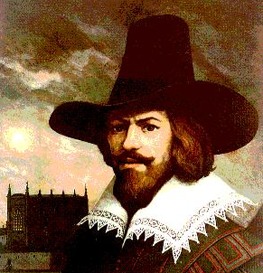 There are a few excellent places to see fireworks and a Gunpowder factory is one of them. There will be the gunpowder plot story with re-enactors from the period and a fireworks display.

Back for the first time since 2010, fireworks will light up the sky of East London. Set to a soundtrack, visitors are being encouraged to wrap up warm and come along and then send their snaps to Tower Hamlets Council on social media, using #fireworksTH 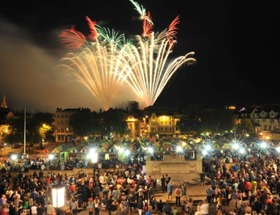 This fun-filled day sees the Lord Mayor’s Coach making its way through the historic streets, with over half a million people watching and a procession, which includes 20 bands, 150 horses and 7000 participants. Later in the day, the Lord Mayor completes his first day in office by launching a magnificent fireworks display over the Thames. Tickets are allocated on a first-come, first-served basis, though a great view for the fireworks is on the riverside between Waterloo and Blackfriars Bridges, either on Victoria Embankment or on the South Bank.

The River Pageant begins at 9am; fireworks at 5.15pm; FREE

Will your date go off with a bang? Tell us @lovestruck